The oldest of the MDTA's facilities, this 1.4-mile, four-lane bridge opened in August 1940. Its spans the Susquehanna on US 40 between Havre de Grace and Perryville in northeast Maryland Tolls are collected in the eastbound directions only.

The E-ZPass® electronic-toll-collection system also is available at the Hatem Bridge.

The Thomas J. Hatem Memorial Bridge across the Susquehanna River on US 40 is the oldest of the nine toll facilities operated and maintained by the Maryland Transportation Authority (MDTA). The first vehicles crossed the span between Havre de Grace and Perryville on August 28, 1940.

The bridge, however, does not represent the first crossing of the Susquehanna River between the Harford County community of Havre de Grace and the Cecil County town of Perryville. A succession of ferries made the trip for more than 200 years, a railroad bridge was constructed during the last half of the 19th century, and a vehicle bridge opened in 1910.

The 1910 structure, acquired by a group of private citizens who operated it as a toll facility between 1910 and 1923, was converted from a railroad bridge constructed in 1873. The State Roads Commission (SRC), predecessor of the MDTA, bought the bridge in 1923 and continued to operate it as a toll facility.

The structure was extremely narrow -- with a roadway only 13 feet wide. Heavy trucks inched past each other, and there were many side-swiping accidents on the bridge. Traffic usually moved at a snail's pace.

To alleviate the problem, the SRC dualized the bridge in 1926 by building a deck over the old bridge, converting each level into a crossing for one-way traffic. This project was considered one of the most ingenious bridge-engineering feats of the time.

Then, new problems surfaced. The new deck had a vertical clearance of 12.5 feet - barely sufficient to accommodate the growing number of commercial vehicles traveling the bridge in the 1930s. Frequently, trucks stacked too high with freight became wedged between the deck and the overhead structure and could proceed only after their tires were deflated to allow adequate clearance.

The need for a newer, more modern, structure became apparent in the mid-1930s.

At the same time, the Maryland General Assembly authorized the State Roads Commission to formulate a comprehensive plan for the construction of bridges and tunnels across major bodies of water in Maryland. These projects would be financed and operated through toll funding.

The plan developed by the SRC was ratified by the United States Congress in 1938 under its regulatory powers over navigable waterways. The plan became known as Maryland's Primary Bridge Program and provided, among other projects, for the construction of a bridge across the Susquehanna River parallel to the double-decker structure. 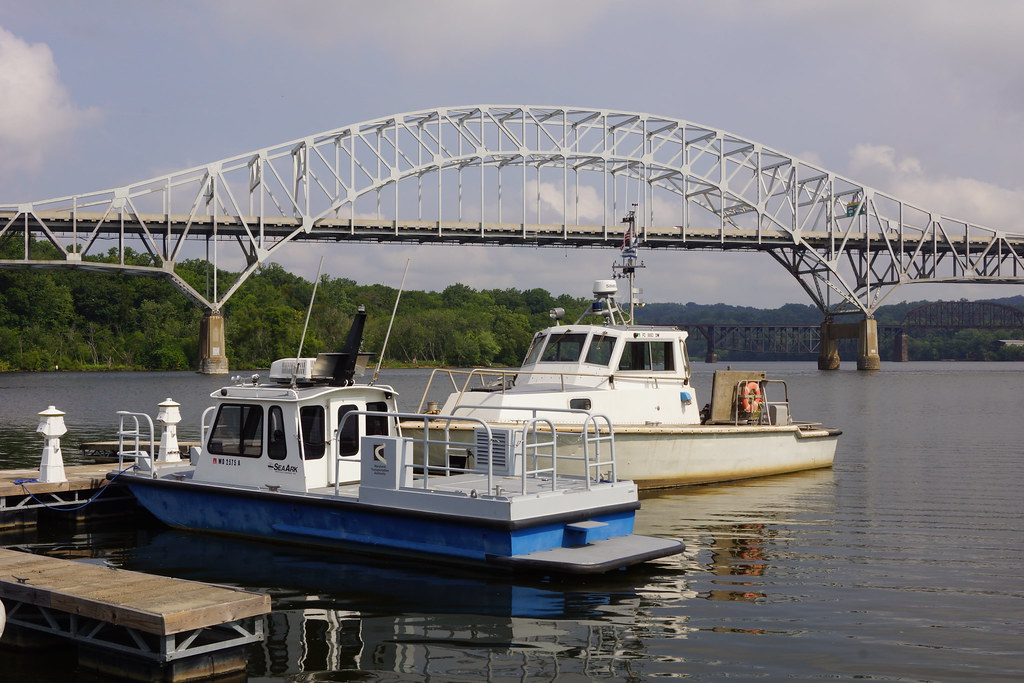