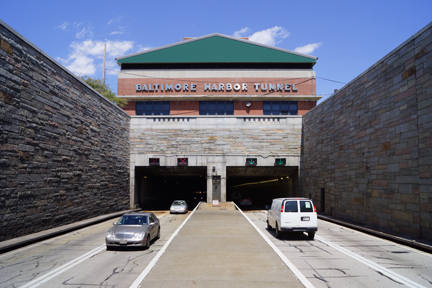 The 1.4-mile, four-lane tunnel opened in November 1957. Designated I-895, the facility crosses under the Patapsco River and connects major north/south highways and many arterial routes in Baltimore City's industrial sections. Including the tunnel and approach roadways, the facility is approximately 18.5 miles in length.

The E-ZPass® electronic-toll-collection system is available at the Baltimore Harbor Tunnel.

Vehicles carrying bottled propane gas in excess of 10 pounds per container (maximum of 10 containers), bulk gasoline, explosives, significant amounts of radioactive materials, and other hazardous materials are prohibited from using both the Fort McHenry and Baltimore Harbor Tunnels. In addition, vehicles in excess of 13 feet, 6 inches, in height, or 96 inches (8 feet) in width; and all double trailers are prohibited from using the Baltimore Harbor Tunnel. For additional information regarding these restrictions, please call 410-537-1374. 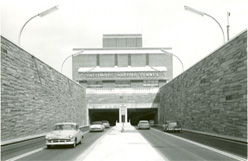 When the Baltimore Harbor Tunnel (Interstate 895) opened on Nov. 29, 1957, it was an event of national importance. The new tunnel was heralded widely as breaking the "Baltimore Bottleneck" for the first time ever. For years, traffic had crawled through Baltimore's narrow streets, then the only direct route between Philadelphia and the South.

The traffic situation peaked in the mid-1940s, when a federal official referred to Baltimore as "the worst city in the United States, as far as I know, on the matter of taking care of its through-traffic." The need to break this bottleneck was apparent, and Maryland's State Roads Commission -- predecessor of the Maryland Transportation Authority (MDTA) -- initiated plans under Maryland's Primary Bridge Program. The program, which was developed and approved in 1937, called for crossings of the Potomac, Susquehanna and Patapsco rivers and the Chesapeake Bay.

After a debate about the planned crossing's location, the State Roads Commission decided on a Canton-Fairfield crossing as the best solution to address the City and State's local- and through-traffic needs. Officials selected a tunnel, rather than a bridge, to carry the traffic after experts were convinced that the costs of a twin-tube tunnel could be supported by the toll revenues it would generate. Construction began in April 1955.

At the time, the tunnel was considered an engineering marvel. Each of the tunnel's 21 twin-tube sections is 300 feet long (the size of a football field) and was built in shipyards and launched like a ship. Tugs then towed the sections to the construction site. The tunnel was built using the opentrench method -- prefabricated sections were sunk in a trench dredged in the Baltimore Harbor's bottom, and the sections were joined under water.

An integral part of the tunnel is its ventilation system -- the means for removing the exhaust fumes of thousands of vehicles daily and constantly replenishing the tunnel with fresh air.

The system includes one ventilation shaft and building over each end of the tunnel. Fresh air is supplied through a duct under the tunnel roadway and distributed through air flues. These flues are located just above the roadway on each side of the tunnel.

Air in the tunnel tube is drawn off into a duct above the tunnel ceiling and then dispersed into the atmosphere. The two ventilation buildings house gigantic fans that supply fresh air and remove stale air. Carbon-monoxide levels in each tube are monitored around the clock.

The tunnel was an instant success. It eliminated 51 traffic signals for through-traffic in downtown Baltimore, provided a cross-harbor route for local commuters and diverted up to 40 percent of commercial-vehicle traffic from local streets. 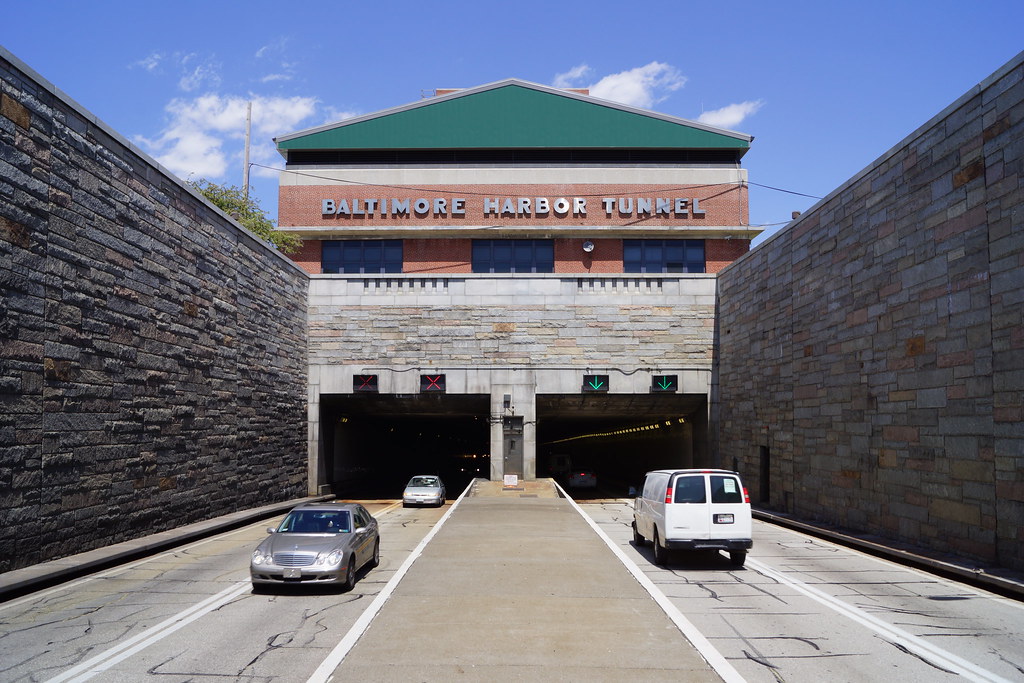