The MDTA Board is a group of citizens appointed by the Governor with the consent of the Maryland Senate. Of the appointed Members, one shall have expertise in structural engineering, one in transportation planning, one in land use planning, and one in finance. Appointed Members shall reflect the racial, gender, and geographic diversity of the population of the State. As a result of a modification to the MDTA's enabling legislation as of January 1, 2007 appointments are for staggered terms of four years and may not extend beyond three consecutive terms.

Our current membership represents the geographic regions in which our toll facilities are located-the upper and middle Eastern Shore, Southern Maryland, the Baltimore-metropolitan region and the Washington-metropolitan region. This group serves as our policy-setting, decision-making and governing body. Maryland's Secretary of Transportation serves as the MDTA's Chairman.

The MDTA Chairman and Members meet monthly to discuss and approve policy and operations activity. Additionally, two Committee meetings are held monthly: the Capital Committee and Finance Committee link to meeting calendar. Four Members are assigned to each Committee. These meetings are held in accordance with the Open Meetings Act. Minutes from the meetings can be found in the meeting minutes archive. 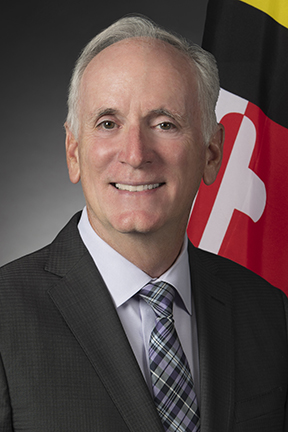 Paul J. Wiedefeld was selected to be Governor Wes Moore’s nominee for Secretary of the Maryland Department of Transportation (MDOT) on January 24, 2023, the latest achievement in a career spanning more than 40 years, including transportation posts in the public and private sectors.

Acting Secretary Wiedefeld most recently was Vice President with the international architectural and engineering firm HDR, where he served as the US Northeast Transportation Business Director. Prior to joining HDR, he was the General Manager/CEO of the Washington Metropolitan Area Transit Authority (WMATA) from 2015 to 2022. Metro is one of the nation’s largest transit systems, with more than 12,000 employees, an annual $2.2 billion operating budget, and a $2.5 billion capital program.

Prior to WMATA, Acting Secretary Wiedefeld was the CEO of the Baltimore/Washington International Thurgood Marshall Airport for 10 years. Working closely with numerous airlines during his tenure, the airport grew to become the leading passenger airport in the Washington metropolitan region. To support this growth, he managed the largest capital expansion in the airport's history, including the construction of a 26-gate terminal for Southwest airlines, an 8,400-space parking garage, and a modern consolidated rental car facility.

Acting Secretary Wiedefeld also served as the Administrator of the Maryland Transit Administration, managing day-to-day operations of what was then the nation’s 13th largest transit system, including commuter rail, subway, light rail, buses, and paratransit.

He was prepared for these executive level public sector challenges by holding various county, regional, and state level government positions during his career. Most notably, serving as the Director of the Maryland Department of Transportation’s Office of System Planning and Evaluation. In this position he was responsible for preparing the state’s long-range transportation plan and management of the Consolidated Transportation Program (CTP). The CTP is the department’s capital budget consisting of aviation, port, highway, and transit projects across Maryland. He was responsible for working extensively with a broad range of stakeholders throughout the state to reach consensus on transportation planning and programming initiatives to serve the needs of their communities.

Additional private sector experience includes a decade as a consultant with the engineering firm, Parsons Brinckerhoff.

Acting Secretary Wiedefeld has a Bachelor’s degree in Political Science from Towson University and a Master’s degree in City and Regional Planning from Rutgers University. A Baltimore native, he attended Mount St. Joseph High School. 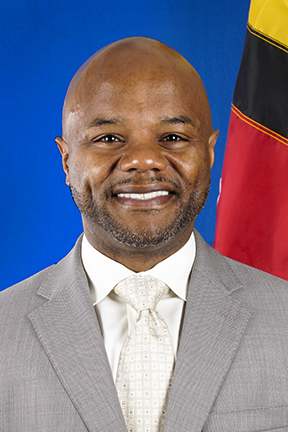 Governor Larry Hogan has appointed real estate executive Dontae Carroll of White Plains in Charles County to serve as the newest board member at the Maryland Transportation Authority (MDTA). Mr. Carroll was appointed on July 22, 2017 for a four-year term on the MDTA Board.

Mr. Carroll received his bachelors of business administration degree in marketing from Loyola University Maryland and he received Century 21's Ambassador's Award in 2007 and the President's Award from 2005-2007. 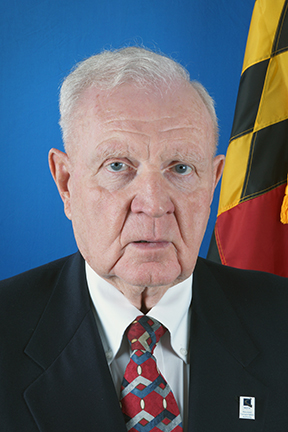 President of William H. Cox, Jr., Real Estate, Inc., Mr. Cox also served as a member of the Maryland House of Delegates from 1971 - 1991 and previously worked in the financial industry. A graduate of Bel Air High School, Mr. Cox attended the University of Baltimore and previously served as chairman of the Joint Committee on Transportation and the Greater Harford Committee, member of the Maryland Transportation Commission, vice chairman of the Conference of State Government and chairman of the Southern Legislative Conference's Federal State Affairs Committee, among many others. 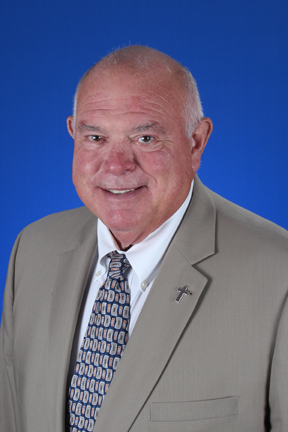 William C. Ensor III was appointed to the MDTA Board by Governor Hogan in July 2015. Recently retired as president of the Timonium-based Maryland Paving, Inc., Mr. Ensor has more than 30 years of experience in the transportation industry with extensive knowledge in financial, procurement and contracting matters. He is director emeritus of the Maryland Asphalt Association and board member for Christian Farmer's Outreach. Previously, Mr. Ensor served as chairman of the board for the National Asphalt Pavement Association. He is a graduate of the Maryland Bible College & Seminary. 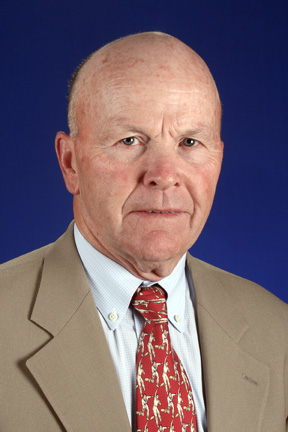 W. Lee Gaines, Jr. was appointed to serve as a Member of the MDTA Board in April 2015. He is President of Gaines and Company, an underground-utility contractor based in Reisterstown, Md. With more than 40 years in the industry, Mr. Gaines is responsible for the financial end of his business and also is involved in procurement and personnel matters. He is a past president and board member of the Associated Utility Contractors of Maryland and a long-time board member of the National Utility Contractors Association. Mr. Gaines is a past trustee of the Boys' Latin School of Maryland and of the Gilman School and currently is a trustee of Yorktown University. Mr. Gaines is a graduate of Yale University. 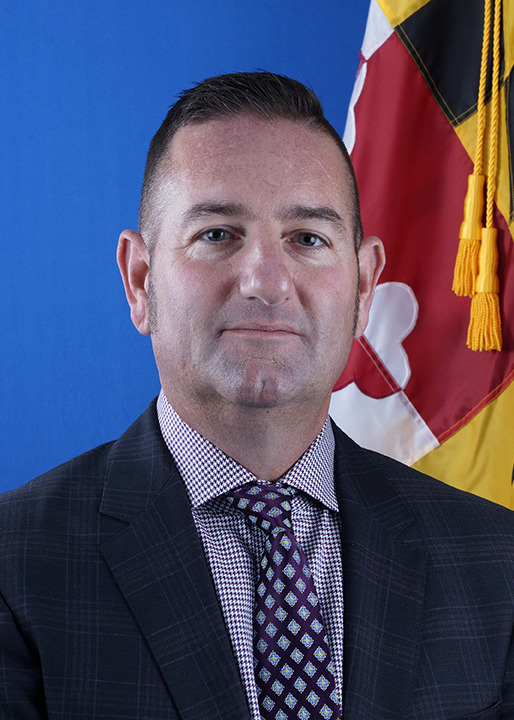 An Eastern Shore native, Mario J. Gangemi, P.E., has more than 26 years of experience as an engineer in the geotechnical, construction, environmental and structural fields. Currently, he is with Greggo & Ferrara, Inc., a highway construction firm that has been in business for more than 70 years..

Active in his community, Mr. Gangemi has coached youth lacrosse and football for numerous years and, with friends, founded the Cecil Lacrosse League, which has grown from just over 50 boys to more than 300 boys and girls in a few short years.

Mr. Gangemi also is active with the Cecil County Chamber of Commerce and helped establish the Cecil Business Leaders for Better Government (CBL), an organization that recruits and supports local candidates that will encourage policies that will grow jobs in Cecil County.

Mr. Gangemi earned bachelor's degrees from Salisbury University (Physical Science) and the University of Maryland (Civil Engineering) as well as a master's degree in Coaches Education from Ohio University. He and his wife, Michele, reside with their three children in Fairhill, Maryland. 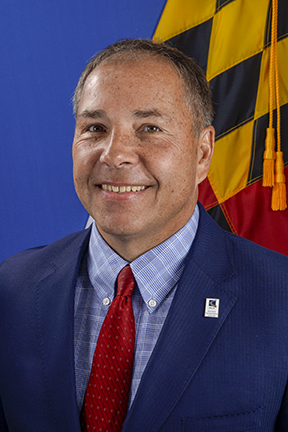 John F. von Paris A graduate of Towson University, Mr. von Paris is president and chief executive officer of Von Paris Enterprises, Inc., the parent company of the von Paris Family Moving and Storage business. Mr. von Paris has served previously as chairman of the Better Business Bureau of Greater Maryland and past member of the Governor's Workforce Investment Board, where he co-chaired the Transportation Initiative. He is a past trustee and board member of The John Carroll School. 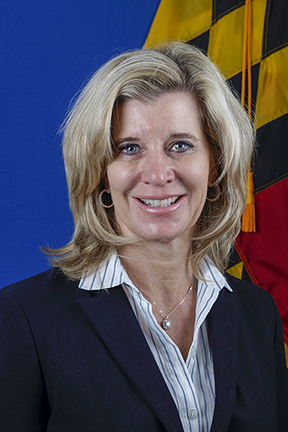 A partner at Baxter, Baker, Sidle, Conn & Jones, P.A., Ms. Penny-Ardinger has two decades of experience in representing clients in the business and estates and trust practice areas. She received both a Bachelor of Science in Economics and a Juris Doctorate at the University of Maryland. She is a former president of the Friends of Howard County Library and has served on the boards of numerous organizations including the Ellicott City Volunteer Fire Company, the Charter Review Commission of Howard County, and Neighborhood Ride, a Howard County organization that provides transportation to seniors.  She has chaired numerous ad hoc committees for the purpose of educational advocacy. 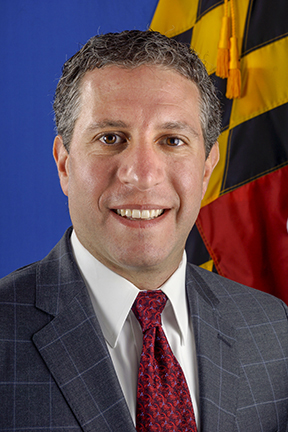 Governor Larry Hogan has appointed certified public accountant and financial expert Jeffrey S. Rosen to serve as the newest Board Member of the Maryland Transportation Authority (MDTA).  Mr. Rosen was appointed on July 1, 2019.

Mr. Rosen received his Master of Business Administration from the University of Maryland College Park and has served on the boards of numerous non-profits, including Towson University, Comprehensive Housing Assistance, Inc. (CHAI), Association for Corporate Growth (Maryland Chapter) and The Associated: Jewish Community Federation of Baltimore. He received the Daily Record’s Influential Marylander Award in 2019 and the Daily Record’s VIP award in 2014. 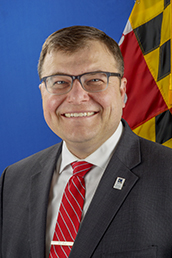 In March 2022, the Maryland Transportation Authority (MDTA) Board named William Pines, PE, PMP, CCM as Executive Director of the 1,800-employee agency that oversees the state’s eight toll facilities and the DriveEzMD Maryland system. Mr. Pines previously served as Chief Operating Officer of the MDTA since 2020. He also previously served as MDTA’s Chief Engineer from 2019 to 2020.

Since joining the MDTA in 2012, Executive Director Pines has served in several leadership roles for the Division of Operations and Office of Engineering and Construction, including Inspection Program Manager, Bridge and Tunnel Manager, Deputy Director of Engineering and Director of Project Development. He has managed several major MDTA projects, including the $463 million Governor Harry W. Nice/Senator Thomas “Mac” Middleton Bridge Replacement project, the $1.1 billion I-95 Express Toll Lanes Northbound Extension Program, and the $189 million I-895 Bridge Project.

As Executive Director, Mr. Pines manages MDTA daily operations, including the nationally accredited MDTA Police, a $360.8 million annual operating budget and a $2.8 billion six-year capital program.  He also works with the MDTA Board to establish policy and strategic direction for the agency.

Executive Director Pines succeeds James F Ports, Jr., who was named Secretary of the Maryland Department of Transportation and MDTA Chairman in January 2022.